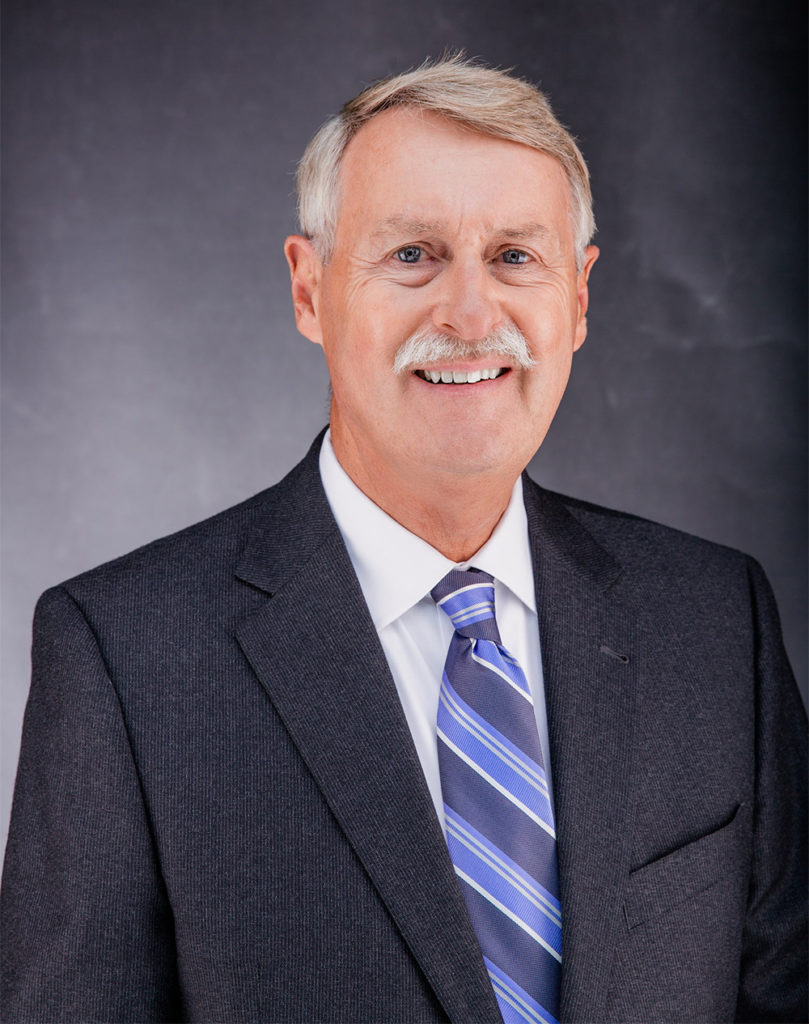 Mr. Jacobs was born and raised in Puyallup, Washington, and a graduate of Puyallup High School He graduated from Whitworth College in Spokane in 1971 and Gonzaga Law School in 1976.
Tom and his wife Gaye moved back to his hometown of Puyallup shortly thereafter where he has been practicing law for more than 40 years. Tom is a former president of the greater Tacoma Christian Layman’s Outreach, which puts on the second-largest prayer breakfast in the country. He has been actively involved in community activities and charities and has served on numerous boards for many years.
Tom is an Eagle member of the Washington State Trial Lawyers Association and a member of the American Trial Lawyers Association. He is a former trustee of the Pierce County Bar Association and has been both Vice President and President-elect for the Greater Tacoma Christian layman’s Outreach, as well as a sponsor for the Pierce County Prayer Breakfast.
Tom has also actively served his church as General Counsel for the Washington Pacific Church of the Nazarene for 25 years. He has successfully represented over 20,000 clients in personal injury cases, obtaining settlements, arbitration awards, and jury verdicts that exceed 20 million dollars. Tom and his wife of nearly 50 years love spending time outdoors in the great Pacific Northwest with their three grown children and nine grandchildren.

Get A Free Consultation
Scroll to Top